The Floor Plan: A Fiction by Bharati Kapadia

The Floor Plan: A Fiction by Bharati Kapadia 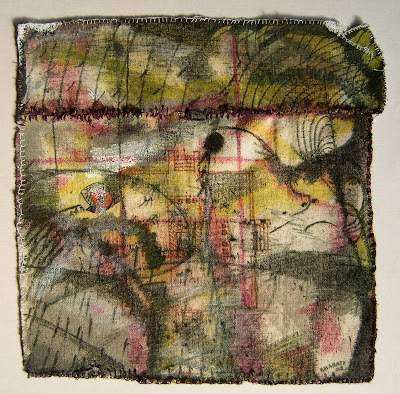 It started with a plan. A floor plan to be exact. Floor plan of my house based on the plan of a temple in India, or Bharat as it was known years ago. My name is Bharati, which is also one of the names of the goddess of learning and wisdom popularly as Saraswati. I wanted to build a house to make it into a home for Bharati and so I based it on the floor plan of an ancient temple of my country.
It is also a portrait of sorts. A portrait of Bharati and her house, which is in Mumbai, a racing, pulsating metropolis that boasts of real estate prices second only to Tokyo and New York, each one a racing, pulsating, global metropolis. As you can guess, it is very expensive to build a house here in Mumbai. But I could build it! The price I had to pay was not in cash but in kind: a lifetime of experiencing my city and all that it has implanted in me. Layer upon layer of lived moments have gone into building a home for my self. Like a cocoon splitting to release a butterfly, or a snake shedding its slough, I have had to reinvent myself again and again so that I could build a house which could become my home.
Through all the upheavals which go hand-in-hand with the process of becoming, the eye of the beholder in me has been an unwavering witness. I find that not one but two Bharatis have been my constant companions: one, an impartial witness, the other, an ever-changing actor. The two-in-one combo is, I suspect, there to stay. Unless of course the two resolve their differences and merge, which mind you, is a distinct possibility.
In which case I will no longer need a house: with my two companions having dissolved into thin air, there will be no-one to make a home for! In all probabilities, I will find my self resonating in every wave and particle; like space, I will be everywhere and nowhere!
But for the present, I need to build a house for my self. So that both Bharatis may co-exist under one roof. The roof of the house I have built in the city of Mumbai, the mega metropolis of South East Asia.
If you look deep under the layers of lived moments which I have made visible for the Living Blanket project, you will see traces of the floor plan drawing of my house based on the plan of an ancient temple: you will see that it all started with a plan, a floor plan to be exact.
Authors Bio: Bharati Kapadia’s works have been displayed widely at many galleries of repute including in Mumbai, New Delhi, Bangalore , Partapur, Rajasthan, Pune, Gujarat, Vienna and Munich, USA, France, Austria, UK.
Her works have appeared with artists and art galleries of international repute such as Bernd Bosel, Barbara Cranach, Eva Wolfsburger, Gerda & Kishore Mehta, Lynn & Manfred Kaiser, Mario Dalpra, Reinhart Buchegger (Austria); Martha Merz; (Australia); Dorit Ends, Dr. Dubon, Gabriele von Schoeler, Jurgen Wesche, Karin Dingfelder, Monika Kapoor, Max von Schoeler, Sigrid von Witzleben, Uli Behr (Germany); Claudia &Tobias Reitzler (Switzerland); Marquessa Christiana Serra, Rosie Gunraj (U.K); Amy Sillman, Mr. & Mrs. Callaghan, Lynn Franklin, Tamarind art galleries (U.S.A ) and several collections in India.