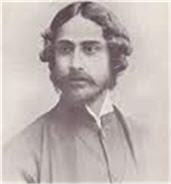 7th of May is the birth anniversary of Rabindranath Tagore. Tagore was born in the Jorasanko mansion in Kolkata (West Bengal, then undivided Bengal) on 7 May 1861 and died at the age of eighty on 7 August 1941.

Lovingly called Gurudev, Tagore was a litterateur of exceptional talent. He was a poet, novelist, musician, and playwright. He wrote largely in Bengali and translated many of his works in English himself with some variation to suite the literary complexity.

He wrote many poems, stories, dramas, and composed music. Of all, Gitanjali (song offerings), Gora (of fair complexion), and Ghare-Baire (In Home, Out of Home) are some of his popular works. Tagore was the first Indian, and at the same time the first non-European, to have received the Nobel Prize for Literature for Gitanjali in 1913. In literature, his place is among some of the few leading litterateurs of the world.

Gitanjali is a collection of about 103 poems which are "profoundly sensitive, fresh and beautiful verse". William Butler Yeats wrote a preface to this collection. Here is a poem from Tagore’s Gitanjali that has a message that can make you spiritual in the real sense of the term:

I had gone a-begging from door to door in the village path, when thy golden chariot appeared in the distance like a gorgeous dream and I wondered who was this King of all kings!

My hopes rose high and methought my evil days were at an end, and I stood waiting for alms to be given unasked and for wealth scattered on all sides in the dust.
The chariot stopped where I stood. Thy glance fell on me and thou camest down with a smile. I felt that the luck of my life had come at last. Then of a sudden thou didst hold out thy right hand and say ‘What hast thou to give to me?’

Ah, what a kingly jest was it to open thy palm to a beggar to beg! I was confused and stood undecided, and then from my wallet I slowly took out the least little grain of corn and gave it to thee.

But how great my surprise when at the day's end I emptied my bag on the floor to find a least little gram of gold among the poor heap. I bitterly wept and wished that I had had the heart to give thee my all.

Copyright Notice: Readers can freely use the text of this journal but they must give due credit to this journal and must use the extract as quotation.